I'd like to do a series focusing on specific geasa, or taboos, that relate to how humans interact with fairies. These are things that you either should do or should never do when dealing with the fey folk. I'm hoping that doing this as a series of shorter posts might be more engaging for readers and make the points easier to remember than having a wall of information thrown at you.

I thought it would make sense to start with one of the ones that I tend to mention almost everytime I teach anything relating to the Good People - never say thank you. This is also one of the hardest ones for many people to get used to, especially if you have had it ingrained in you to always say thank you.

I have to be honest, I don't remember where I learned this one. I have wracked my brain but I can't remember where I may have read it or who might have told me about it originally. As far back as I can remember it has just been a rule I lived by: you speak politely and you never say thank you. When I initially tried to track down where I'd heard it and came up empty I started to wonder if I'd made it up, however further research did provide some validation.

Anecdotally I have met a variety of people across demographics who share this prohibition, not only with strictly Celtic fairies but also with less clearly culturally defined one. I also found a reference in Katherine Briggs Dictionary of Fairies to this taboo. This is something that we can see directly with some specific fairies like brownies and pixies who will become enraged if thanked verbally. 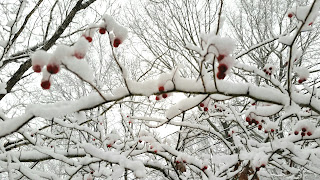 Why is this a taboo? It is hard to say as folklore offers no clear explanation, but we can offer a few suggestions. One school of thought is that saying thank you implies that the Daoine Uaisle are in some way lesser than you and serving you, which offends them - and is why they react with anger. Another thought is that saying 'thank you' is seen as acknowledging a debt owed, and it is never a good idea to owe an unspecified debt to any of the Good People. It is also possible that saying thank you, or overtly acknowledging what They have done for you, is problematic because they prefer not to have that sort of attention or focus on themselves.

What then is one to do if one feels the Other Crowd have done something helpful or kind? Briggs suggests that, "no fault can be found with a bow or curtsy" (Briggs, 1976, p196). I have found that a gift returned for a gift works well, as does a general expression of gratitude for the event or item itself (not the giver). Saying things like 'I am so glad that this worked out this way' or 'I am so happy that this is here' for example.