* racism is the belief that different races have different abilities and characteristics and race can also be used to describe ethnic groups, including the Irish, English, etc., While we might most often think of racism as the division of people by skin color, it applies equally to the division of people by ethnicity. The infamous "No Irish Need Apply" signs of 19th century America are examples of that type of racism.

"I offer this to the spirits of my home,
Spirits of place, I honor you
Spirits of peace, be welcome
May there be friendship between us"

Prayer to the Daoine Sidhe

"Ancient Ones of the Otherworld
Wise People of skill and power
I offer this to you as a sign of goodwill
Honey and cream, sweetness and life,
May there be peace and friendship
always between myself and the daoine sidhe"

This next one is modified from Lacnunga CXXXIV-CXXXV and is meant to be used to cure elf shot, the sudden cramp, pain, or illness believed to be caused by an invisible fairy arrow.

For Elf-Shot, or any Sudden Stitch

Mix Feverfew,  nettle that grows into a house, and Plantain; boil in butter. Spread over the afflicted area and say:

This final one is modified from the Carmina Gadelica:

Thunder, thunder
In the sky
Thor's loud chariot
Pass us by 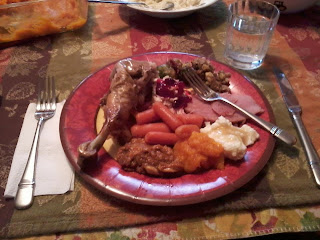 May this meal be blessed,
May those who eat it have health and happiness,
May we be grateful for this abundance,
In name of the Gods and spirits

This is a longer prayer from the Carmina Gadelica to be said over food. I would suggest saying it either while cooking or while serving the meal, as opposed to after serving it. Interestingly the prayer contains a line referencing asperging those about to eat after they sit at the table, especially the children. There is a reference as well to several herbs, which might be seen as bringing blessing or luck based on the context; it would be worth considering placing a tiny amount of each, or several, into water to use for sprinkling on the family and guests. I would not recommend drinking or otherwise consuming the water or herbs without carefully researching each for safety, but external application should be all right. Someone seeking to reconstruct a meal practice might work out a system, particularly for ritual meals or feasts, of saying this blessing over the food, serving the meal and then asperging the gathered people with blessed herbal water before the meal commences. Below is my own version based on the original.

Every meal beneath my roof,
They will all be mixed together,
In name of the Gods,
Who gave them growth.
Milk, and eggs, and butter,
The good produce of our own flock,
There shall be no untimely dearth in our land,
Nor in our dwelling.
In name of the Gods of life,
Who bequeathed to us the power,
With the blessing of the land,
And of the goddess of the land.
May we appreciate what we have,
And may You be a sanctuary around us,
Ward from us every spectre, sprite, oppression,
And preserve us.
Consecrate the produce of our land,
Bestow prosperity and peace,
In name of Danu the Mother of the aos sidhe,
And of the three gods of skill.
Dandelion, smooth garlic,
Foxglove, woad, and butterwort,
The three carle-doddies,
And marigold.
Gray 'cailpeach' plucked,
The seven-pronged seven times,
The mountain yew, ruddy heath,
And madder.
I will put water on them all,
In the name of Lugh of the Long Arm,
In the name of Daghda the generous,
And of Macha, sovereign queen.
When we shall sit down
To take our food,
I will sprinkle in the name of the Gods
On the children

Every meal beneath my roof,
They will all be mixed together,
In name of the Gods,
Who gave them growth.
Milk, and eggs, and butter,
The good produce of our own flock,
There shall be no untimely dearth in our land,
Nor in our dwelling.
In name of the Gods of life,
Who bequeathed to us the power,
With the blessing of the land,
And of the goddess of the land.
May we appreciate what we have

Oski, Wish-giver, Will-worker,
I seek security and safety
I want my income to be sound
I am open to your guidance and gifts
May I find the blessings I seek
May my hard work be worthwhile
May my effort be rewarded
With abundance and prosperity

I do a great deal of healing work and as part of my month of prayers I want to include a variety of healing prayers and charms. I hope you all find these useful, or at least interesting.
This one's traditional but very useful as it is:
The second Merserburg Charm:
"Phol and Wodan were riding to the woods,
and the foot of Balder's foal was sprained
So Sinthgunt, Sunna's sister, conjured it.
and Frija, Volla's sister, conjured it.
and Wodan conjured it, as well he could:
Like bone-sprain, so blood-sprain,
so joint-sprain:
Bone to bone, blood to blood,
joints to joints, so may they be glued" (Fortson, 2004)

These next two are modified from traditional Pennsylvania Dutch Pow-wow charms:
To Stop Bleeding

Hold a ritual knife over the bleeding area while repeating:
"Three ladies came from a southern land
each with a bloody knife in her hand
Stand blood stand, by the mighty Gods, stand.
Bloody wound, in the Gods name mend!"

Trace the shape of a Thor's Hammer over the wound after each repetition.  Repeat for a total of three times.

To Cure a Headache

Rub your thumbs downward from the hairline towards the sinuses three times and say:
"Tame the flesh and bone like
Wodan made the world, and he
will help you, this I tell you
[name] for your wyrd's sake"
Wait three minutes and repeat, a total of 9 times so that the action is done 27 times and the words spoken 9 times all together.

The following charms are modified from the Carmina Gadelica:

This is a modified charm for a toothache. Originally the Carmina Gadelica version involves using water from a specific holy well with specific actions. I would  bless some water, then chant this over the water, hold up a cup of the water, repeat the chant, take a mouthful of water, swish and spit, then repeat the chant a third time.
***

Charm for a Toothache 126

The incantation put by Brighid
Before the Mother of the Gods,
On sea, on ocean, on coast.
For painful aching teeth.
The pain that tortured me,
In these teeth in my head,
Agony hard with my teeth,
This agony distressing me.
I put this pain far from me;
As long as I myself shall last
May my teeth last in my head.
(Daimler, 2010)
***

Charms for Sprains and Broken Bones

These could be used for sprains, broken bones, or lacerations. In addition to any necessary medical care, hold your hands over the afflicted area and chant the healing charm. For slow healing injuries I would recommend repeating the charm on a daily basis until the injury is totally healed.

Brighid went out
Early in the morning,
With a pair of horses;
One sprained his leg,
With much suffering
And separation,
She put bone to bone,
She put flesh to flesh,
She put sinew to sinew,
She put vein to vein;
As she healed that
May I heal this.
(Daimler, 2010)

High King Nuada lost an arm,
Sprained is this limb before me;
Nuada became whole once more,
May this limb also be whole.


As that was made whole
May this become whole,
As I will it to be so now,
Through the sovereignty of Nuada,
And three healing gods of the Aos Sidhe.
By High King Nuada,
Dian Cecht, Airmed and Miach
(Daimler, 2010)

Wodan, wandering God
May my way be clear before me
Donar, God of might and main
May your hammer ward my way
Zui, great God and guiding star,
May I travel timely along my way
Safely I go forth,
Saefly I shall return
By my will, it is so

I am protected from sky to ground,
From sunrise to sunrise
Above, below, and all around,
As I travel out and return
Safe from all harm and ill will
Safe from all mischance and ill luck
From the moment I set out until
The moment I happily return
By sea, earth, and sky
It is so 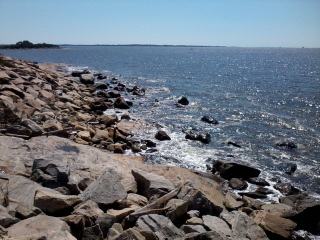 Gods above, Gods below,
Give me patience
As I come and go
As I strive and work
As I rest and play
From morning to night
All through my day

Prayer for Patience at Work

Prayer to the Ancestors for Patience (A Parents Prayer)

Ancient mothers and fathers
Primal parents of many children
Who have patiently nurtured
Untold generations of the past
Be with me now as I seek
To nurture a new generation
Help me find the patience
To endure a parent's trials
Posted by M.A.D. at 7:49 AM 1 comment:

I thought I'd move into my month of blog prayers by posting some prayers for inspiration.


The opening prayer uses the Old Irish word “Imbas” which means inspiration, specifically divine poetic inspiration, and is an important feature of the Druidic practice of filidecht. Filidecht is both sacred poetry and prophecy, and Imbas is something that anyone is able to connect to.

Prayer to Odin for Writing

Grant me,
winner of Odrerir,
the poet's power
Let words be my weapons,
sharp, strong, and well aimed,
May my meaning be clear
May my message be persuasive,
May my methods be enchanting,
Odin, grant me inspiration
Posted by M.A.D. at 2:59 PM No comments:

I feel very strongly about the importance of prayer in modern paganism. Because of this and after much thought I have decided to dedicate my entire August blog to modern pagan prayers. These will encompass all types from devotional prayers to deities to prayers for car travel or for kids going to school. I am also open to writing prayers on requested topics, if anyone would like to comment here with a specific one they would be interested in seeing.
To start off, here is a modern Lughnasa prayer


Modern Lughnasa Prayer
Bless my harvest
Bless my home
Bless my work
Bless all I own
Gods above
Gods below
Gods of power
That I know
Bless my reaping
What I've sown
Bless the harvest
That I've grown
Posted by M.A.D. at 8:12 AM 1 comment: