I often write about the more academic - let's say objective - side of my beliefs and practices. That's important because I strongly believe that we must ground our practice in something outside ourselves and having a firm foundation in structural, generational beliefs provides that. But equally important is the actual experiential side of spirituality, the parts that represent tangible connections that provide insight beyond recorded folklore.

Personal gnosis* and the wider knowledge and practices that grow from that are vital I think to any deeper spiritual work. It is this combination of experience, gnosis, and research that inspired and fleshed out my own approach to looking at the cycle of the Pleiades for ritual dates connected to the Good Folk, and similarly a more shared-gnosis type approach that allowed connection to and understanding of the Queen of Apples.

Despite the obvious vitalness of this gnosis I tend to keep such experiences and insight almost exclusively to myself. Partially this is because there are longstanding prohibitions when dealing with the fae folk about sharing things that violate their privacy or which may be perceived by them as gloating or which violate oaths of secrecy. Partially it's because some things really are personal. And partially its because some knowledge seems too random to potentially have value to larger audiences.

However sometimes things I would tend to keep private tend to become public on their own and perhaps there's a reason for that. The following discussion is an example of such gnosis, something that came to me in a conversation with an Otherworldly guide and which a friend received via different means around the same time. When we realized we had both been getting roughly the same messaging on the same topic I started to contemplate whether this was something meant to be shared. I have no idea what value this will have for anyone or what you all will think of it. Consider it fiction, or modern folklore, or utterly random, or genuine insight as it suits you. 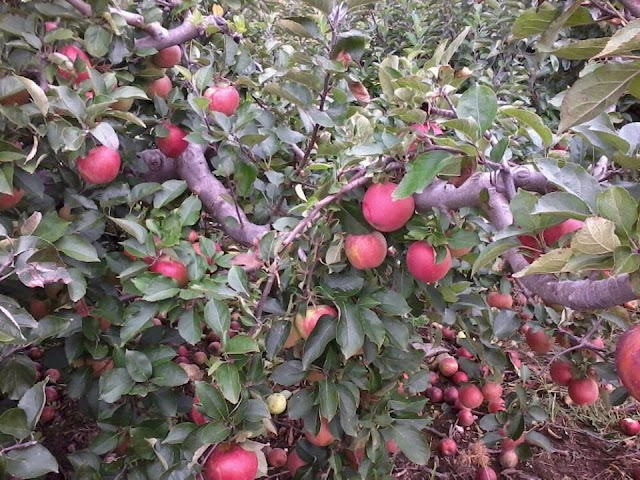 This may seem like an odd topic to be discussing, or to have come up in a discussion, but it was one that in context was important. I later shared it with a friend who had gotten something very similar around the same time. The more I've thought about it since and the more I see the wider subject showing up on social media the more I've started to think that it may be important to share; it must however be kept in the context of personal gnosis coming from one particular group or type of the Othercrowd. In no way do I mean to imply this is universal to all of the Good Folk, but I do believe it is true for some, and may have some value to those seeking to engage with them.

Folklore does give us some information in this area but unsurprisingly usually from the human perspective and with an emphasis on situations that have ended badly. Humans who had fairy lovers who broke an oath and lost that lover forever, going mad at the loss. Humans who had a kelpie lover and either found a way to make him human or discovered his true nature and fled, abandoning their child. Humans who forced a selkie into marriage and lost her as soon as she could recover her seal skin. It's a noticeable pattern. There are also accounts of witches who had fairy lovers that didn't necessarily end badly, such as Andro Man who said that he had a long term relationship with a fairy queen or an English cunningman who had a fairy lover that would come to him, sometimes exhausting him; similarly we have accounts of female witches with fairy lovers over a period of years as well. But folklore and older anecdotes don't provide many details or an indepth understanding of the other side of the equation.

I had noticed - as had my friend separately - that in discussions with those among the Other they never used words like sex or crude terms for sexual intercourse, but rather tended to use idioms that emphasized joining or unions. There was a wider sense of the sacredness of the act, even among those who are predatory towards humans, and a feeling of reverence around the concept. The way that they approached both sex and love seemed to be very different from the way that humans did so and, quite frankly, the way that fiction often portrayed fairies in relation to both. I am going to share part of a conversation I had on the topic:

I was talking with someone among the Other that I would consider a guide and teacher.
Me, overtired and stressed uses the term f**king in reference to sex.
My guide, clearly annoyed: "Animals fuck. Livestock fucks. People do not."
Me: "What should I say then? Make love?"
Her: "You don't make love, you either have love or you don't. Physical union doesn't create love."
Me: "What should I say then?"
Her:...
Me:...
Her:...
Me: "You've already told me the answer and you won't repeat yourself."
Her, shrugging: "You already have the answer, yes. Union. Joining. Comaentu. To make two into one."

What this conversation and related ones have taught me personally, and what I have therefore incorporated into my spirituality, is the idea that the particular Otherworldly beings I am connected to have a very different approach to sex than most humans. It is seen as a deeply sacred act that represents union between two** beings on a level deeper than the purely physical, but which incorporates by nature the spirit. This is reflected in the emphasis on rejecting terms and phrases that reduce the act to something clinical or crude and instead using terms that emphasize the nature of the act as one of uniting and harmonizing. There are layers to this that are very difficult to convey here, including an implicit consent to the act and also a way of approaching all encounters of this nature with the reverence due something sacred. Sex then truly becomes a kind of prayer or worship, something that is true even when the end result is death for the human and something that is especially true for those who are long term lovers.

They also, in my experience, differentiate between love and physical union but not in a way that allows for the latter to be lessened or trivialized. Love to a near immortal being is something that I am still not sure humans can fully grasp and I don't know how to convey my understanding of it here. What I can say is that my gnosis around fairies and sex without love is that it is still something full of passion and reverence; sex with love is a genuine union of two spirits into a single whole. As with humans it's important not to confuse physical union with love, although I suspect this may be more difficult with the Othercrowd because of how they approach sex - the genuineness, passion, and sacredness may, I think, be misunderstood as love where none actually exists.

Ultimately these experiences and conversations, coming from personal gnosis as they are, nonetheless give me a deeper understanding of the Othercrowd. I do not expect they will have value to everyone reading this, or perhaps even anyone reading this, but I do think its something that needed to be shared. Take it all as you will.

*gnosis - in this use means knowledge gained from non-ordinary means such as direct communication with spirits
**two or possibly more, but my own personal discussions around this so far have focused on pairs. I don't discount the possibility of the concept including a wider diversity however. I will also emphasize this has no specific gender focus.

History and Meaning of the Word Fairy

This is a question from social media, and also a topic I see a lot of misinformation floating around about so it seems like a good topic to dive into today. What exactly are the origins of the word fairy and fae? How do they relate to each other and what do they mean? 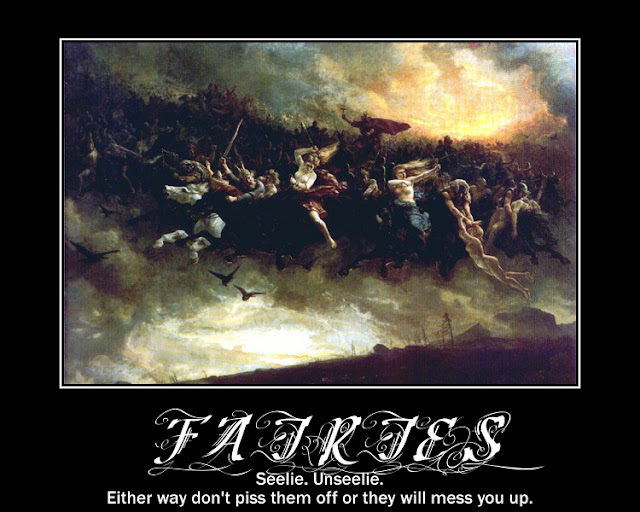