I recently shared a comic by Zach Weinersmith which featured a 'traditional Celtic folklore fairy' who, at one point, mentioned stealing a human soul for the fairies' tithe to Hell. I shared it because the comic is funny but unsurprisingly - because social media is what it is - received some pushback from people over the idea of the tithe to Hell which they felt was problematically Christian in contrast to pre-Christian fairylore.

This is one of those deceptively simple statements that's actually very, very complicated. So let's jump into why that is and why we shouldn't dismiss 'Christian' fairylore for an assumed pre-Christian lore. 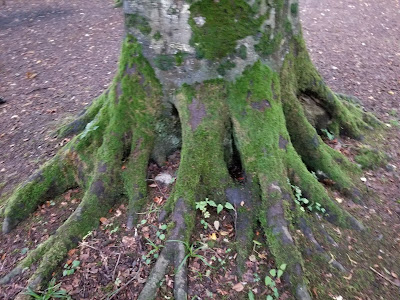 Firstly, yes the tithe to Hell is a clearly Christian concept, a belief found in Scottish folklore around the Selkirk area. The idea is that the fairies pay rent to the Devil for Fairyland, which by implication is the property of Hell. This tithe, or kain, is paid either yearly or every seven years and is paid in the currency of Hell, that is souls. Because the fairies prefer not to give up their own people they steal humans to offer up instead, which then further ties the folklore into beliefs around changelings. The layers of this concept are without debt Christian and play into the idea found across fairy belief which fits fairies into Christian cosmology by defining them as a type of fallen angel or demon-lite.

We have no recorded pre-Christian fairy beliefs, at least not in Ireland or Scotland.

Everything we have, even the oldest material which can be dated back to roughly the 7th century, was recorded by Christians in the Christian period.

Now we can certainly theorize and extrapolate. We can look at similar beliefs in other closely related cultures that do have pre-Christian or conversion era material.  We can study the Christianity of various time periods across Europe and see how that meshes in with fairy beliefs of those times. We can study archeology that seems relevant. But we can't know for certain what the beliefs were or how they were practiced because we simply lack that information.

It is also complicated to filter out exactly what and how much is Christian insertion. We can say with reasonable certainty that the idea of the fairies renting from Hell and paying a tithe to the Devil is foreign influence, because the ideas of Hell and the Devil are later Christian concepts. But beyond that it starts to get murky. Was the connection to changeling folklore before or after to the idea of the tithe itself? Meaning did people start to say that changelings were stolen to pay the tithe as a way to explain why fairies stole humans, or did beliefs about fairies stealing humans lead to the idea of the tithe? Was the concept of a rent to Hell entirely a new idea or based on older pagan sacrificial rites? Was the entire concept Christian cosmology influencing fairy belief or was it concepts of society and class structure around landlords and rent being reflected in the local beliefs?

Because these beliefs are fluid and adapt as time passes, there is no rigidly set pre-Christian form that we can simply look at - at best we have a scattering of clues to be traced and expanded on. And of course we have a lot of modern beliefs and practices as well. Fairylore is a living thing and must be understood that way, to be understood.

Ultimately when we are talking about fairy beliefs across Ireland and Scotland we are talking about 1500 years of syncretic beliefs, and its impossible to unweave that completely. We can pick out the most obvious insertions - Hell and the Devil - if we're minded to and we can use a range of sources to reconstruct the likely older beliefs. But certainty is more elusive and controversial and pre-Christian beliefs will only ever be educated guesses.

Since we're into October I thought it would be fun to do a list of my top 10 favourite horror movies - feel free to add your own in the comments.

Outside of a few close friends most people probably don't know that I'm a big fan of the horror genre. I've watched horror since I was about 12, saw Halloween for the first time, and fell in love with the entire concept. Probably less surprisingly my preference is for supernatural or psychological horror, and I'll be honest I have watched a lot of B movies in my time so I'm certainly not coming at this with very high cinematographic standards. I'm pretty sure watching Night of the Lupus loses me any claim at being cultured on this topic (not even getting into such classics as Attack of the Killer Tomatoes, Killer Klowns from Outer Space, or Critters). That said this is my list of top 10 favourites; I could easily have done top 20 or 50 but I didn't want this to get too ridiculous.
My standard for what makes the list are simple: what I most enjoyed watching and re-watch most often.

I'll add honorable mentions for comedic horror classics like Idle Hands, Krampus and - of course - Shaun of the Dead.
Since I have a special love of vampire movies and I didn't want to clutter up the first list with those I'm adding a second list just with that focus. I have seen a lot of vampire movies over the years. Same standards apply here as above.
Top 10 Vampire movies
Posted by M.A.D. at 8:54 PM 1 comment: