One thing that's important for anyone who relies, to any degree, on sources outside themselves for spirituality - or anything else - is being able to judge a good source from a bad one. So today I want to just run down a quick list of ways to vett sources of any type to decide how much weight you should give to something. Even if a source isn't perfect it may have value - or it may be immediately tossed out. It depends on how it measures up.


One of the Imramma, or 'Voyage' stories, dating to possibly the 8th century. I can only find a small portion of the text in Irish to translate but it is an interesting section and offers insight into how far back the concept existed that to live on one of the Otherworldly islands meant to be unable to return to our world without immediately dying should you touch the earth.


Wandering of Bran son of Ferbal

[begins after gap in text]
The white ball of thread was in his palm, the thread of the ball of thread was in the woman's hand pulling them towards port. Then they went into a large house where they found a bed for every couple there that is three times nine beds. The meal given on every platter was not emptied from them.
There was a year's growth to them in that world there but it happened that there were many years with no savour lacking to them. A longing for home took a man of them that is Nechtan son of Collbran. Bran saw his kindred against him that he should go with him to Ireland. The woman said an assault of regret would be the going nevertheless. And the woman said therefore none of them should touch the land and that they visit with the man left in Inis na Mell [island of delight] who they'd left out of their companions.
They went afterwards until they came to a gathering at Srúib Brain [Bran's headland]. The men asked who it was that had come across the sea.
Bran said "It is me, Bran son of Ferbal."
"We do not recognize this one" the other person said. "[but] There are old stories of Bran's Voyage."
He puts himself out, the man [Nechtan], from the coracle. So that as soon as he was against the earth of Ireland he was dust immediately as if he'd been under the earth without life through many years. Then chanted Bran the section following:
"To the son of Colbrain, was a lack of judgment
Bringing his hand against a lifetime
without conferring any wave of pure water
to Nechtan son of Collbrain."
Then Bran told of all his wanderings from the start until then to the people gathered there and wrote these sections in Ogham and told them farewell and no one knows his wanderings from that hour. 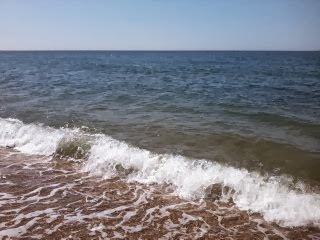 Another taboo that we see among many of the Good People relates to names. Names have power and we find in many cases both an aversion to saying the names of certain types of the Daoine Maithe as well as an avoidance of personal names. Even nicknames have power and when we look at anecdotal evidence we find that often rather than giving a name to a fairy that a person might have regular encounters with a person or group might call them by their description.

First let's look at the wider taboo involving euphemisms. In this case the name in question is a collective one, for the entire group. There is a longstanding belief that to speak of them may draw their attention* and that it is always better to get positive attention than negative. Certain terms have been known to anger or annoy them, although which terms exactly aren't agreed on: at various points it was taboo to say aos sí or daoine sí or fairies, although at present fairies is the most often avoided. Euphemisms have been used since at least the 16th century to avoid the more direct terms, and these euphemisms were intended to be pleasing if they drew the fairies attention. So instead of fairies, elves, or goblins (interchangeable terms until recently) which all could raise their ire a person would say, for example, Fair Folk, Other Crowd, Mother's Blessing, or Seelie Wichts [Blessed Beings].

Beyond that we have an avoidance of personal names. Names have power, and using a being's name gives you power of them - or them power over you if they know and use your name. Because of this in folklore we rarely see any fairy willingly giving its name unless its in repayment for a debt of some sort or a deeper relationship is involved. Invoking a fairy's name, or even giving one a nickname, is often enough to drive one off as we see in stories like Tom Tit Tot or Rumplestiltskin. Finding out a fairy's name or intentionally giving one a nickname is one method of banishing a being who is causing problems are endangering people. Keep in mind however that this method of getting rid of a troublesome fairy also angers them and that can later come back to haunt the person.

When we see discussions of fairies who were known to interact regularly with people in anecdotes or stories, often that being is known not by a name but by a descriptive term based on what they look like or where they are associated with. Yeats related an anecdote of a woman whose mother had a friend among the Good People, who they simply called 'the Wee Woman' (although she was human sized) and Brownies are usually identified by the area they occupied, such as the Brownie of Cranshaws. A Scottish clan had a bodach attached to them which acted much like a Bean Sí in foretelling death and was known as the Bodach Glas, or 'Grey Man' (Briggs, 1976). In some cases we do have more well-known fairies whose names we do know, like Jenny Greenteeth or Meg Mullach [top/summit], but these tend to be the exception rather than the rule and they seem to still involve aspects of description or places.

Generally it is best to use euphemisms when talking about the Good People, so that if you get their attention they won't be offended by how you are speaking of them. You'll rarely know a fairy being's name, and if you do by chance it's better not to use it often, but descriptive names based on physical appearance or place are acceptable. One of the quickest way to offend the Daoine Uaisle is violating the taboo they have around the use of names so it is good to keep this in mind. 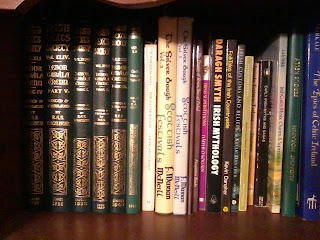 *one wonders if writing about them has the same effect. If it's true that they took rev. Kirk for his book Secret Commonwealth then perhaps we should all be more careful in what we put down on paper or screen as well.