Critical Reviews: Why They Matter and How to Spot a Good One

Critical reviews are important but are often misunderstood or maligned, particularly in communities which emphasize harmony or focusing on the good over the bad. While I can understand this desire the truth is that a critical review can be an important way to address misinformation presented in nonfiction books or various issues in fiction. These issues are important to address because without a fair counterpoint being offered many readers, particularly of nonfiction, may not be aware of issues that are significant such as radical factual errors. Critical reviews are also important to authors, because they allow an author to see where they may have misstepped, been inaccurate, can be more clear, or where particular demographics may have been offended or ignored. A critical review should be a learning tool for the reader and the author, highlighting things that needed improvement, editing, or revision.

No book or author should be above or beyond criticism and the idea that anyone is should be a red flag for people that things are edging into personality cult territory. Fair and balanced criticism is essential and should apply to anyone.

The following are of course entirely my own opinions and suggestions.

Basic Guideline for a Fiction Critical Review
A final note: criticism of grammar and spelling. In my opinion grammar and spelling should only be criticized if the mistakes are blatant, constant, and distracting to the reader.
Posted by M.A.D. at 7:52 AM 1 comment:

I am often asked for direction on finding good sources on the subjects of fairies, which is fair because there is a lot of material out there and it ranges from good to terrible. I thought today it might be helpful to offer a very basic outline of what can indicate something is a bad source, or at least one that needs further vetting. Of course these are only my opinions and other people may have different thoughts on this subject but I have found these guidelines work well in vetting the quality of a source on fairies. 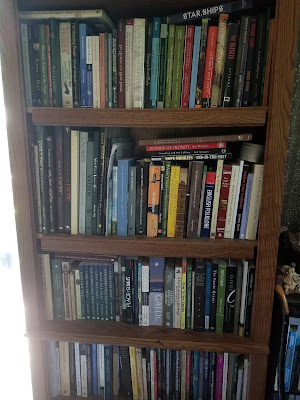 My new book Pagan Portals Lugh comes out the beginning of May and so today I'd like to share an excerpt from it for everyone. 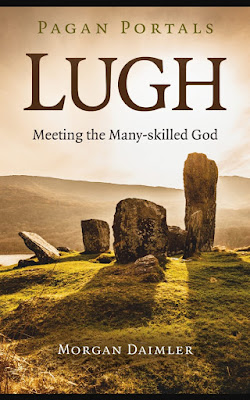 Lugh is a popular character in Irish mythology and was understood to be a popular God during the pagan period. He was depicted as both heroic and tempestuous, skilled and hot tempered, an excellent king and also sometimes unforgiving. He is compared to Christian figures like King David and the archangel Michael and appears as a pagan figure with the virtues valued by monotheism, yet he is also solidly depicted as a pagan deity and member of the Otherworldly Tuatha De Danann. All of these contradictions exist within the character of Lugh who has been shaped across millennia of shifting culture. He was never a sun God yet he is a sun god to many people today. He is still known as a great warrior yet his role as a mediator of sovereignty is not often discussed anymore. To understand who Lugh was and is and may yet become we must begin with his main features and relations.

Lugh was one of the High Kings of the Tuatha Dé Danann, ruling for 40 years after Nuada, and he was the only one who could defeat his grandfather, the Fomorian Balor, in the second Battle of Maige Tuired, placing him in a pivotal position in the mythology. During this battle we see Lugh demonstrating his epithet of many-skilled as he earns his way into the High King’s hall by proving he has more skills than any other single individual among the Gods. Before the battle itself we also see him actively using his magical skill to rally his army and to curse the opposing army (Gray, 1983). This multitude of skills, including magical ability, is a core facet of Lugh’s nature and perhaps reflects the source of his wider appeal as he was a deity who resonated with people across social dynamics, a god of kings and also of skilled labourers, of poets and magicians, of warriors and healers.

Lugh’s adeptness with all skills that were valued among the nobility is one of his key characteristics. He contains within himself all of the skills of his civilization, and in doing so he outshines the reigning king Nuada who has no such excessive talent (Williams, 2016). When he first arrives at the royal court of the Tuatha De Danann he is challenged before being allowed in and offers a series of skills that he can preform including as a builder, smith, champion, harper, warrior, poet, historian, sorcerer, physician, cupbearer, and brazier. He later goes on to prove his cleverness by defeating all present in a game of fidchell1, his strength by matching the champion Ogma’s throw of a heavy flagstone, and his skill with the harp by playing the three traditional strains of music2. Two of his epithets are based around his many skills and his role as the superlative leader and deity is often predicated on his vast knowledge and ability.

He is also in many ways the ideal king in contrast to Bres mac Elatha and may, therefore, have symbolized the importance of patrilineal inheritance. Bres is the son of a Fomorian father and Tuatha De Danann mother; Lugh represents the inverse of this as the son of a Tuatha De Danann father and Fomorian mother. When Nuada is maimed in the Cét-Cath Maige Tuired and loses his kingship afterwards it is the women of the Tuatha De Danann who urge the group to accept Bres as their new king. Bres proves to be a poor king and allows his paternal kin to put the Tuatha De Danann under great oppression. In contrast Lugh shows up in their greatest hour of need and proves himself skilled in very craft and noble skill, motivating King Nuada to voluntarily step aside and let Lugh lead the Tuatha De Danann. While the idea of the two figures representing juxtaposing values of kinship may seem to be a foreign or even offensive concept to modern thinkers it does reflect the mindset of the times that the stories were recorded in. This implicit bias must always be considered and whether we agree with the underlying viewpoint or not there is value in exploring the way it may have shaped aspects of the mythology.

Lugh’s place as the idealized king may have been so deeply ingrained that even after the conversion to Christianity he was retained as a symbol of divine sovereignty. Williams suggest this as an explanation for Lugh’s retention as both a literary figure and euhemerized human ancestor, as well as the persistence of the idea that Lugh was incarnating or favouring human heroes who bore his name (Williams, 2016). In this way Lugh becomes a contrasting figure to the divine Christ and Christian God, having both echoes of their stories worked into his own but also being used perhaps to show the lesser power of the pagan gods; for example Williams posits that Cu Chulainn’s triple conception may have been a subtle commentary on the pagan god’s inability to easily do what the Christian god had, that is conceive a mortal child or incarnate in a mortal form. While this would obviously reflect a much later bias being written into the material by Christian scholars it also demonstrates the continued importance and power of Lugh, that even hundreds of years after conversion there was both a need to bring Lugh down and also an understanding of his continued importance.

One final less emphasized but still vital aspect to Lugh is his appearance in a later text as a Scál. This word, like many in older Irish, is difficult to translate because it has many layers of meaning including ghost, phantom, spirit, hero, champion, giant, and person. MacNeill, citing another author, suggests that it may best be applied “to disembodied spirits of the dead or supernatural beings” (MacNeill, 1962, p 6). Lugh appears as such a being to the king Conn and Lugh’s father is called ‘Scál Balb’ in the Lebor Gabala Erenn. This may have been one way that Lugh remained active and relevant after the conversion period, losing his explicit divinity but remaining a clearly powerful and important supernatural being that could not easily be fit into the more common categories of saints or demons that were the fate of other members of the Tuatha De Danann.

1 fidchell is a board game of strategy somewhat like chess

2 in many Irish tales these three types of music are mentioned, with mastery of all being a true sign of skill. They are: sleep music, sorrowful music, and joyful music. When a master plays each one the correlating effect should occur among the listeners so that sleep music puts the audience to sleep and sad music makes them weep or happy music makes them dance.