The Benefits of Fairy Work

I will be the first to admit much of what I write is aimed at sharing the more dangerous sides of fairies and fairy work with people, even those interested in connecting to them, because I think many are coming to this subject with an ingrained sense of human superiority and fairy diminishment. But of course there is a beneficial side to this connection and that's also worth discussing. There's a whole history of humans engaging with the Good People and the Fair Folk teaching and aiding those they favour and that deserves air time as well.

I am usually more hesitant to write about that side because I worry that people will focus on the good and ignore the warnings to their own detriment, and also because even the good side of this work has a certain alluring enchanting quality that can consume a person. I have said before, after my 2016 experience at the Sidhe of Cruachan, that I will never be wholly in this human world again because part of me perpetually and painfully longs for the shining, golden hall I saw there. 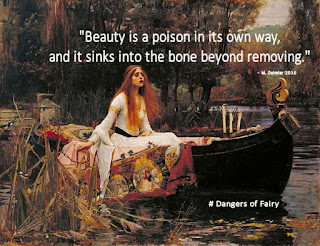 Everyone's connection and relationship to the Good Folk is different and I do not think I am in any way a model for others to base their own path on. I share so that people may feel less alone if they do see similarities in what I do or perhaps take inspiration for their own practices. That said I think it's important to be clear about my own position in the context of the rest of what I'm going to say because I absolutely don't want people measuring themselves against me or my experiences in any way. I have been doing this for nearly my entire life and have been seriously engaged with this work for many years. I have a fairy familiar (or he has me) and I belong to a fairy queen, in the early modern witchcraft sense of those concepts. Tá mé eachlach Aoibheall. Is é mo obair saoil sin, an saol seo agus an saol eile.

The positive things for me that have come from these years of work and relationship building - at least the ones I can publicly discuss - are many, and range from educational to healing. 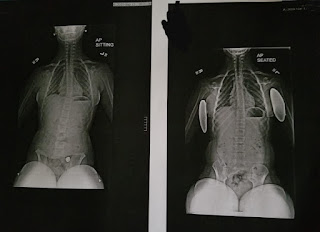 These are perhaps a handful of ways that having a good connection to the Fair Folk can manifest in a positive way in a person's life, although I think they will be different for everyone. But when people ask why is this worth doing, that is what comes to my mind. Because they teach me useful things and they protect me and they healed my daughter.


Ideally I think that fairy amity is possible and essential for certain types of witchcraft. At its most basic being on good terms with the Good Neighbours means understanding what they expect from a human and what will offend them. Respect their places, and what belongs to them. Give them what is their due, which includes the first of any alcohol, a bit of milk, and whatever food falls to the floor (as I was taught anyway). Don't say thank you but show your gratitude with your actions.

A closer working relationship is also vital for those predicating their witchcraft on these spirits. This is achieved through the slow building of relationships and allies among the Othercrowd and a careful respect for Them. I usually recommend beginning by reaching out to and connecting with one's house spirits/fairies and those beings that are most connected to where you live and therefore generally most inclined towards interacting with humans in a positive way. This can be done by giving them their own space in your home and acknowledging their presence. The next step, in my opinion, is to reach out to a fairy being that is willing to act as your guide or friend; this process can be as involved as making a human friend. You may use journey work or meditation, or verbally ask out loud, or even ask your house spirits for assistance once that relationship is established. This is also the point at which its really, really important to have a good understanding of fairy etiquette, be able to distinguish a fairy from a different type of spirit, and know the basics of making deals with them.

Beyond that we get into the level of deeply personal connections, service, and a relationship which transcends what is usually discussed or understood in these contexts. This degree is too personal, in my opinion, to dig into here and I think would truly be unique for each person. You go where you're meant to go.

On any level a good relationship with these beings should look like a good relationship with your human neighbours and friends or family. Respect their boundaries and their rules, give good gifts, know when to ask and when to be silent. Keep your word, always, and don't lie to them ever. Don't make any agreement you won't or can't keep and understand that breaking an oath or going back on your given word will have consequences. Appreciate the goodness that comes to you from them, but don't brag or boast about what they gift you with, any more than you would (should) with the same equivalent concept from humans. And ultimately once you build that trust with them trust them and let them help you move forward.
Posted by M.A.D. at 8:43 PM 2 comments: