Modern paganism, and perhaps more broadly mainstream Western culture, seems to constantly be trapped in a mobius strip argument about the potential help or harm caused by fairies. There is one side that argues, staunchly, that the Good Folk are entirely benevolent and benign to humans. In contrast there is another side that argues just as fervently that the Othercrowd should be entirely avoided and warded against because of the danger they represent. And then there's the people, like myself, who argue for a kind of middle ground that acknowledges the very tangible dangers but also the potential advantages to fairies. When in doubt however always act with caution and keep the risk in mind because there are serious and sometimes permanent consequences. 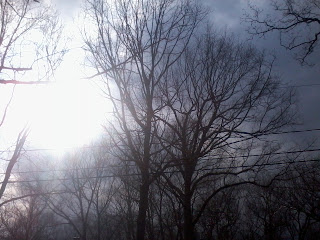 What I want to do here is look at the evidence we have for both sides in folklore. I think too often people, especially outside places that have maintained some degree of belief in these beings, rely entirely on their own personal experiences and perceptions. I'm not saying to ignore your own experiences of course but I am suggesting that one person's experiences don't a body of lore make. I have never drowned for example but I fully believe that people who go swimming may drown under various conditions - because I know that my personal experiences are not the sum total of the subject. Hopefully the following material will provide a wider view.

The Blessing
First let's look at a few examples of fairy help. These are harder to find in the source material and often come from folk tales rather than folklore, which should be noted. This may be because there have long been prohibitions in many cultures that believe in these beings that to brag or boast of the good they might do a human will result in that goodness being revoked. This extends to talking about a wide array of fairy interference in one's life including having a leannán sidhe [fairy lover] or learning from them. That all said:


I have also had what I would describe as blessing experiences, including the apparently miraculous healing of my middle child's back deformity, and I do think it is important to understand that the Good Folk can interact in a positive way with people. The possibility of positive results however should not negate the dangers.


The Dangerous
Now that we've established the Good Neighbours can be helpful let's look at a fraction of the evidence that they can represent risk to humans. I have seen some people try to argue that all of these examples are either propaganda from those antithetical to fairies or the result of people with the wrong mindset who expected bad and so got it. I want to say this as nicely as I can: the entirety of folklore and many, many people's modern experiences are not lies or wrong because a person doesn't happen to like the way they depict the Shining Ones. If we look beyond western Europe and the diaspora we can find a multitude of examples from other cultures, including those that are still non-Christian, of equally dangerous or ambivalent spirit beings. I am actually not aware of any culture that has only benevolent spirits in their belief system, so it strikes me as extremely odd to view fairies that way.
In the below examples we will be looking strictly at direct harm caused to humans in the human world by fairies. One can argue that such things as fairy abductions and possession also qualify as harm but those topics are nuanced and deserve a fuller discussion than what we will be doing here.

I also want to include some anecdotal examples, both my own experiences and those that have been shared with me to demonstrate that this isn't all just old stories:

Final Thoughts
There is a reason that all cultures which believe in the Good Neighbours have so very many protections against them and such caution in dealing with them.