Walburgisnacht by Any Other Name....

Like the Irish the pagan Germans originally seem to have acknowledged only two seasons: summer and winter. In Teutonic Mythology Grimm discusses at length the way that these two halves, personified as "Herr Summer" and "Herr Winter" battle against each other with each one winning dominance over half the year (Grimm, 1888). Grimm emphasizes May Day as the beginning of summer, "Again, as summer begins with May, we have that month acting as its representative, and just as full of life and personality." (Grimm, 1888). And also discusses its importance as a holiday, "Everything goes to prove, that the approach of summer was to our forefathers a holy tide, welcomed by sacrifices, feast and dance, and largely governing and brightening the people's life." (Grimm, 1888).
In modern parlance the German pagan holiday is usually called Walburgisnacht or Walpurgisnacht. This name is certainly related to a saint and her saint's day* and possibly to an older pagan Goddess. The holiday is usually dated beginning on April 30th and going into May 1st, and this date is the one most widely used. In Teutonic Mythology however we see that the celebration was based on the blooming of certain flowers or the return of certain birds. This may show that originally the celebration's timing was based on environmental signs that would have varied by region, explaining why Grimm mentions May 1st but also gives no specific date and talks about some of the associated traditions being seen as early as March in southern areas. As Grimm says, "But the coming in of Summer did not happen on any fixed day of the year, it was determined by accidental signs, the opening of flowers, the arrival of birds. This was called finding Summer: 'ich hân den Sumer vunden,'" (Grimm, 1888).
I have never been comfortable using the name Walpurgisnacht because of the strong Christian connotations. (For the record I have the same reservations about the use of names like "hlafmas" and "candlemas" in a pagan context). Grimm tells us that "Now the arrival of Summer, of May...was kept as a holiday from of old. In the Middle Ages this was called die zît empfâhen, welcoming the season; den Sumer empfâhen [literally the summer receiving]" (Grimm, 1888). An alternative might be to call it Sommer Empfangen, or Summer Receiving, although the more eloquent English might be Summer Welcoming. As I quoted above Grimm also refers to "finding Summer"; I like this name and find it very pagan in tone so I am choosing to call this holiday Sommer Entdeckung (Summer Finding), although I'm aware that some Asatru groups use this name for the spring equinox holiday.
The focus of May Day is on welcoming back summer and celebrating the return of warm weather and its life affirming qualities. At this time some believe that the Wild Hunt leaves until the next winter, leaving behind a single hound called the Windhund who brings good weather, fertility and luck (Hodge, n.d.) This hound may be associated with several different goddesses including Frau Gode, Berchta, and Frikke and is offered a slice of bread with butter and honey on May Day to ensure its blessing on the home (Hodge, n.d). The night of April 30th is particularly associated with witches, who were said to gather to celebrate and in a modern context is considered a time of magic and enchantment. These witches were seen as honoring or belonging  to Holda (Grimm, 1888). Any or all of these goddesses might be honored by modern Germanic Heathens at this time.
There are many traditions associated with this holiday, too many for me to discuss here. We can however break the traditions down into roughly two types: those that banish winter and welcome summer, and those designed to bless or protect in the new season. Some of the first type are mentioned by Grimm and include wagon processions welcoming summer, the ritual drowning of winter personified as "death", a mock fight between two people dressed as Winter and Summer where summer prevails, and the singing of songs (Grimm, 1888). These songs may be short chants, such as "'Sommer' rein, Winter' naus!'" - summer come in, winter go out! - or may be longer (Grimm, 1888). The second type of tradition includes offerings to the spirit hound left by the Wild Hunt, burning old worn out tools, blessing bonfires which may be jumped over, the creation of May bushes - that is a small bush or decorated branch covered in yellow ribbons, flowers, and eggshells - and the gathering of flowers brought in to bless the house (Grimm, 1888; Hodge, n.d.)
There is a possibility that like Yule, Walburgisnacht was originally a 12 day holiday. This would be in keeping with  the amount of material that Grimm includes in his section on Summer, traditions which would be hard if not impossible to celebrate in a single day. Grimm also specifically mentions, in his section on witches: "The Witches' Excursion takes place on the first night in May... They ride up Blocksberg on the first of May, and in 12 days must dance the snow away; then Spring begins." (Grimm, 1888). This may indicate a belief that the welcoming of summer was a process of banishing winter, and only after rituals being done over the right amount of time - 12 days - would winter actually retreat and summer begin. In the German-American practice of Urglaawe the holiday includes the 12 nights of Wonnetdanz where certain frost giants fight against the thawing of the land and are repelled each night (Schreiwer, 2013). Looking at the wider scope of German practices from March to May, beginning with the holiday of Ostara and ending with Walburgisnacht (Sommer Entdeckung) we might also conclude that finding and welcoming summer is a process which begins with symbolic fertility and renewal and ends with the triumph of summer over winter. 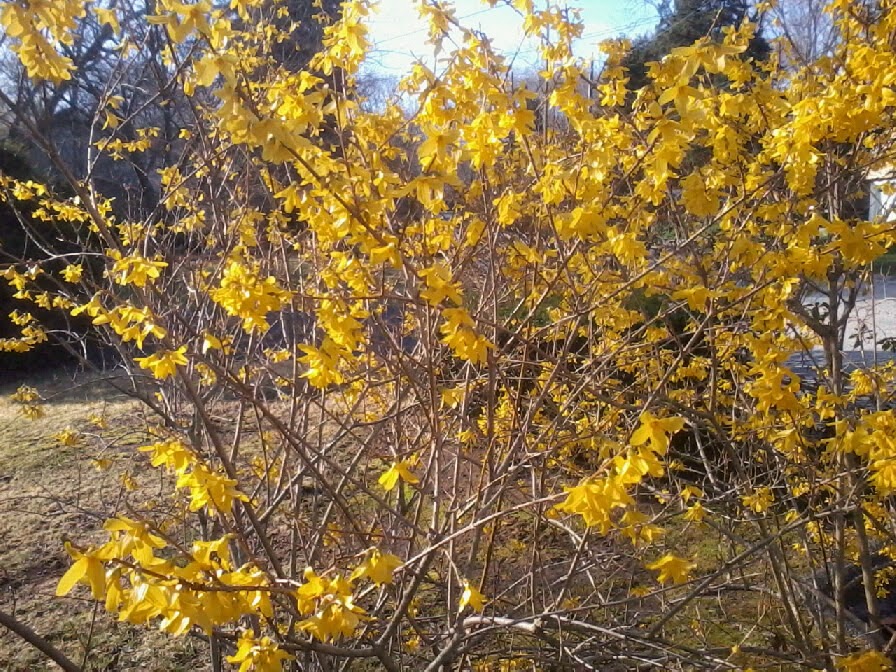 Its clear that this holiday was an extremely important one based on the amount of folklore associated with it. For modern Heathens there is an abundance of material to work with in creating rituals and building a set of traditions to follow. We should celebrate the return of summer with joy just as our ancestors did.
In my next blog I will share my family's experiences celebrating this year.

Grimm, J., (1888). Teutonic Mythology
Schreiwer, R., (2013) The 12 Nights of Wonnetdanz. Retrieved from  http://urglaawe.blogspot.com/2013/04/twelve-nights-of-wonnetdanz.html
Hodge, W., (n.d.) Waelburga and the Rites of May. Retrieved from http://www.friggasweb.org/walburga.html

* editing to clarify: May 1st isn't Saint Walburga's saint's day but rather the day she was canonized in the Catholic church (http://www.catholic.org/saints/saint.php?saint_id=209) which is where it is theorized the name Walburgasnacht for that date comes from. According to Hodge's 'Waelburga and the Rites of May' it is also a day associated with healing miracles of saint Walburga. Several sources theorize that Walburga may be the name of an older pagan Goddess, particularly one named Walburga Frouwa, but it is difficult to prove.
Posted by M.A.D. at 1:12 PM No comments: 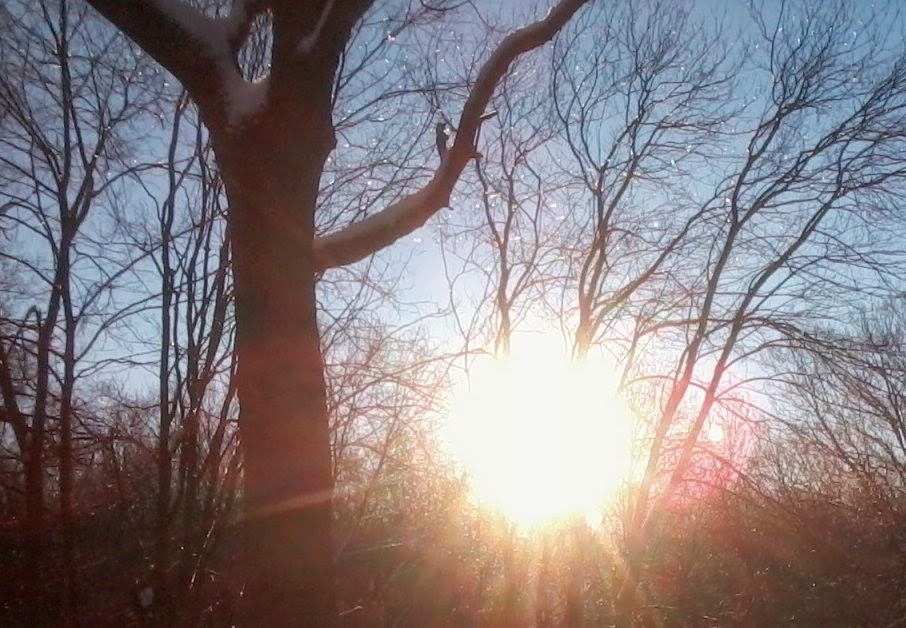 I've talked before about the fact that I follow a spiritual path that incorporates both Irish and Norse practices, but I tend to blog mostly about the Irish. Part of the reason for that is a struggle with talking about the personal aspects of my Heathenry; the other part is that my real connection is with Germanic Heathenry not Norse, but I defaulted to Norse early on because of the difficulty finding accessible modern Germanic Heathen material. I never felt quite at home in Asatru but hesitated to try to shift to the Germanic because I knew on some level that I'd end up having to do my own reconstruction of it, similar to what I do with the Irish.
In the last year I've been drawn more and more to exploring that end of things though, and particularly to the goddess Frau Holle/Holda, but I always managed to talk myself out of it. Now, though I've finally decided to take the plunge and I committed myself to a year focused on Germanic Heathenry, officially starting on May 1st. What this means for my spirituality is that I will still honor the Irish Gods and celebrations, but that my main focus will be on the Germanic end of things. I want to really push myself to fully connect with this and experience it, even if the process means piecing things together as I go.
I don't want to change the style or tone of my blog and I will still include Irish and Druidic material, but I want to use the blog to share my discoveries and experiences with Germanic Heathenry as I go along. This means that where before the content was something like 90% Irish and 10% Heathen that will likely reverse for at least the next year. I'm hoping those of you who follow my blog will enjoy going along with me as I learn about the Germanic Gods, spirits, holidays, cosmology, and magic. I'll share my experiences reconstructing the path as I'm doing it, and we'll see where it takes me.
Posted by M.A.D. at 8:41 AM 2 comments:

Bealtaine - Blessing the Summer In