A Dream of Lughnasa

I had a strange dream last night about a ritual at Lughnasa. In the dream the people had gathered to honor Macha and Nuada at the harvest, which they were calling Brón Trogain. Everyone had met at a recently harvested field, the earth exposed with only a stubble of stems left jutting up in ragged rows. Two horses had been harnessed together with someone walking behind them, driving them. Two older girls walked in front and to each side of the horses tossing handfuls of straw in their path. The horses were driven over the straw as someone prayed to Macha to bless the earth and Nuada to ward it. I do not remember all the words of the dream prayer, only this part - "...walking, may your steps be sacred steps, walking, may Macha, raven of fierceness, bless this earth, walking, may Nuada, hound of battle, ward what we hold dear...". 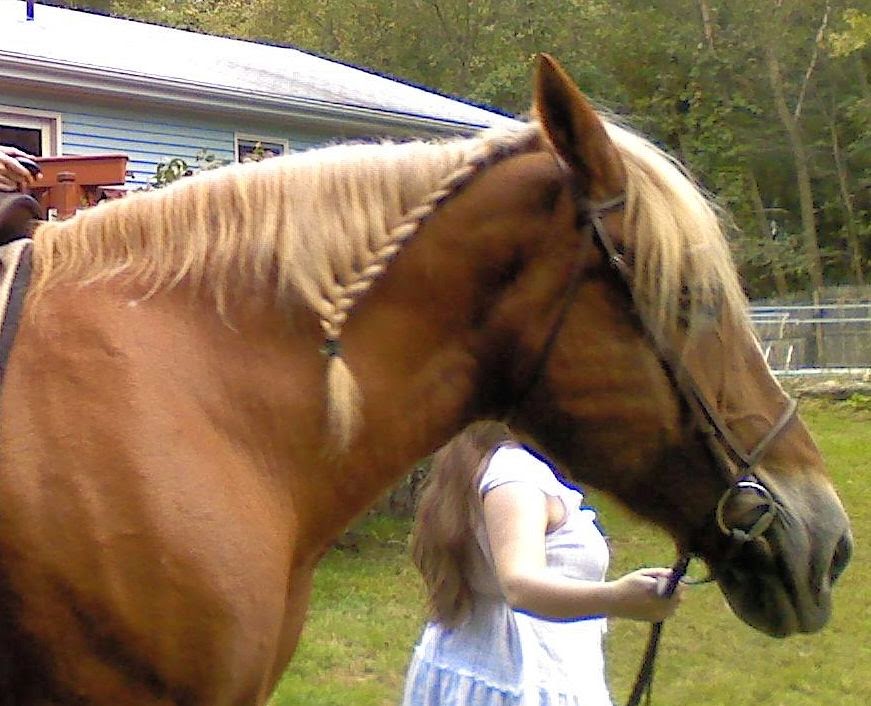 When I woke up I remembered the imagery and feeling of the dream quite vividly. I thought it was very odd because, although I know Brón Trogain is an alternate name for Lughnasa* it's not one I ever use. Macha is tied to Lughnasa by the Aontaí (harvest fairs) at Emain Macha, but we don't have, as far as I know, any existing rituals or even hints of rituals for her at that time. Also although there were traditions in the spring of leading horses over fresh planted fields to make the crops grow better (O hOgain, Lore of Ireland mentions that) I don't know of any such rituals in the autumn.
I decided to do some research into the different parts of the dream and as expected didn't find anything relating to the ritual itself. Weirdly I did find a study showing the agricultural benefits of covering fields in cut straw over the winter, but I don't believe this was an Irish practice in antiquity. Macha is connected to horses, so the idea of the horses as a blessing agent had a certain logic to it. What I found most interesting though was looking up Brón Trogain in Old Irish. Usually the name of the holiday is translated as "sorrow of the earth" because of the phrase given in the Wooing of Emer passage and it is firmly connected to the beginning of autumn and Lughnasa. I decided to look at what the words themselves actually meant to see if that could offer any insight. Brón means sorrow, grief, burden, or lamentation. Trogain not only means earth and autumn but also female raven, so it could be translated as "Sorrow of the (female) raven". Macha, of course, as one of the Morrigans is associated with both the hooded crow and the raven, forms that she was believed to take. Additionally Trogan is associated with childbirth through this expression "used as an imprecation [curse] troigh mhna troghuin foruibh `pangs of a woman in childbirth" (eDIL, n.d.). I have long held the imbas that it was at a Lughnasa aonach that Macha was forced to race the king's horses and gave birth to her twins, and cursed the men of Ulster, so the odd linguistic connections between the name Brón Trogain for the holiday and the translation of "sorrow of the raven", along with the connection of the word trogain, possibly, with a curse relating to women in childbirth seems far from coincidental to me.
I still don't fully understand what this dream meant or why I had it. But I think I will be calling the holiday I celebrate on August 1st Brón Trogain from now on....