What Comes in Dreams: a Healing Charm

I've mentioned a few times before that I sometimes am given things in dreams. Sometimes these things relate to herbal knowledge and sometimes they are more complex, such as when I was told how to make Cáca Síofra. I can't always share these things, but when I can I do try to, not only so that other people can make use of them but also because I want to encourage other people to trust in what they might be getting in dreams or journeys.

One night a few weeks ago I had a dream and was given a healing chant. This happened around 1 am and I woke up afterwards but as I was very tired I didn't get up to write it down. I did remember it the next morning and had to try to figure out how to write it out properly. This was a bit more difficult than you might think because, as sometimes happens, it was given to me in modern Irish and while I have some modern Irish I'm much better with old Irish. When I'm given things in modern Irish I don't always know what all the words mean or how to write them out from hearing them spoken but can usually suss it all out afterwards. I do this by writing it down based on my best guess for what I think it should be and then asking my friends who are Irish speakers to help me smooth it out. In this case the next day several people helped me with the spelling and grammar (go raibh maith agaibh Caoimhin, Lora, agus Fionnuala!)

In English, roughly:
'hair with hair
skin with skin
bone with bone
flesh with flesh
blood with blood

Anyone who wants to is welcome to make use of this. It's new as far as I know but it's similar in style to several other older healing chants for injuries, including, 'Charm of the Sprain' from the Carmina Gadelica and the Second Merseburg Incantation, so it's fine for me to share. It would be used by holding the hands over the injury and and chanting the words three times. 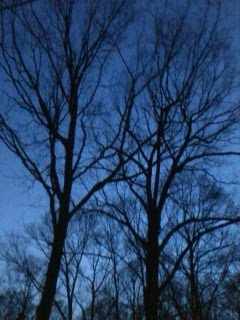