There are many things about modern spirituality that perplex me but one that I may have mentioned before is the immediate trust that people give to spirits. I know I've mentioned it in my books and in classes so I decided it was about time to devote a blog post to the subject. The most savvy, smart people seem to throw all their critical thinking skills out the window when dealing with non-corporeal beings of any kind and often problems ensue. So let's look at some basics in dealing with spirits. 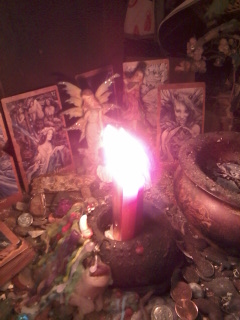 
To summarize - treat spirits the same way you would treat strange humans (or animals), with the same politeness and healthy mistrust, apply Wheaton's Law to everything, always read the fine print before signing the contract, and don't do anything that makes you feel uncomfortable. Do all that and you have a much better chance of successfully dealing with spirits.
"May the odds be ever in your favor"
Posted by M.A.D. at 7:51 AM