I've often said that I think witchcraft, specifically American neopagan witchcraft, is a victim of its own public relations. This is something we can see more and more clearly as different divides appear within the wider community, often over core issues of inclusion or exclusion. Why do these things happen in witchcraft which is at its core something that should be amorphous enough to hold a place for everyone?
Because, I think, we have forgotten where witchcraft came from, where its power is rooted. 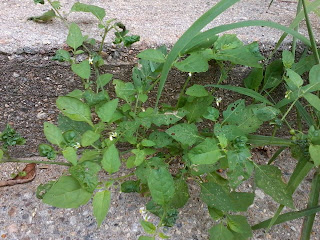 There's been a push for decades, since the 1950's at least in my opinion, towards mainstreaming witchcraft and painting a picture of it as gentle and kind. Reimagining witchcraft as the domain of the white middle class, literally recasting the witch as a young and white and female - and of course beautiful. Harmless. And intending no harm either.
This idea has been pushed so hard and for so long that many of us have started to believe it ourselves, and there's a whole generation of witches now who see witchcraft as an aesthetic of young, beautiful, spooky (but harmless!) people. Looking like Wednesday Addams but with candles and a cat.

Maybe there's nothing wrong with that, and I have no issue with people whose witchcraft is gentle or based on lighting candles and thinking good thoughts. Witchcraft is expansive, it can fit these new people in.
But.
But we have lost and intentionally subsumed the other (and the Other for that matter) along the way. We have accepted a certain degree of trendy outsider but only so far, only what is still acceptable to the wider mainstream. We hate being embarrassed by those people*, the ones who make us all look bad by going too far, by being too queer, too ethnic, too macabre, too spirit-ridden, too dramatic, too big, too different, too outside the norm. Too much. Satan? Definitely off limits. Making pacts with spirits? So early modern witchcraft-ish. Necromancy? Too Hollywood. Oh mainstream witches may talk about all of these things repackaged into more palatable forms but the real gritty bloody practices no. And then there's the people who we politely segregate, the ones we suggest make their own spaces and get out of ours, the people of color, the transpeople, the gender non-conforming, people from specific cultures. Actual inclusion is too messy. Too intersectional and difficult and requires making space and letting people speak for themselves instead of speaking for them.

We talk a lot about spirits and Gods but we don't seem to actual live that talk. There's no teeth to the belief.

We have forgotten the power of feasting with the Devil and dancing with the Queen of Elphame.
We have forgotten the need to heal with magic when there is no money to heal with doctors.
We have forgotten the rage of the unheard victim who knows they will find no justice in any court and turns instead to a moonless night and thorns and clay.
Well...some of us have forgotten.
Because it's easy when we live in relative comfort and safety, when danger is an idea rather than a reality, to forget the visceral needs that drove and still drive people to feast and dance and heal and hex. It's easy to forget when we are part of the comfortable majority, in any sense, what it's like for those of us who are not, who live on the fringes. Who don't choose witchcraft for for gentle reasons but for survival and defiance. The disabled, the queer, the marginalized, the unwanted. And the people for whom witchcraft isn't a choice but an inheritance, a culture, a way of life. People for whom witchcraft is about power.
We need to remember all of these things.

Its time and past time to stop worrying so much about what the mainstream thinks. They will never stop trying to make us like them and they will never accept us based on our attempts to be just like them unless we sell our souls to their God. It's time to start living in our own power, to get our hands dirty and bloody again, to go out under that dark moon and feast and dance - or at the very least to accept that some of our witchcraft kin do so and that they are witches as much as anyone else is. To embrace defiance.
Acceptability politics won't save us. Witchcraft that is inclusive and wild just might.


*my usual disclaimer that no I do not mean actual predators or dangerous people here. They deserve to be shunned and should be
Posted by M.A.D. at 8:44 AM